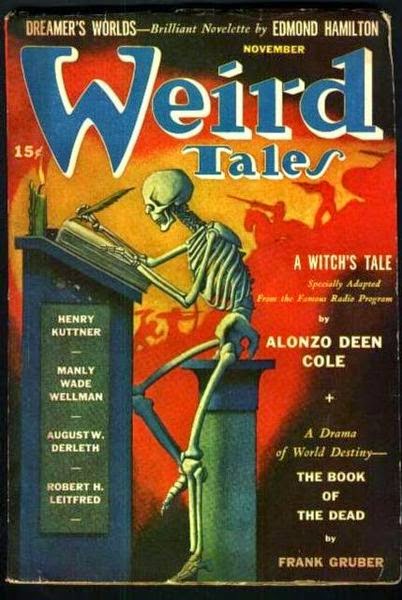 Everything listed here are articles I find of value. There is plenty information to look at and these are just a few I happen across. I highly recommend that if you like any information down below, you should follow and subscribe to their websites or writers. For more of these posts, click on the tag Of Note.

As indie authors, we have to keep up with Amazon’s ever changing algorithms. Techniques that worked in 2011 are no longer effective in 2014. The same will go for 2014 to 2015, and the year after that, and the year after that. There’s a lot of superstitious mumbo jumbo that is passed around as fact about how to “game” the machine. You can’t. No one can.

The double whammy of articles. One that takes down the self-destructive illusion that substances allow for “more” creativity, and is a punch to the face reminder that writing is tough work.

The Optimist vs. The Realist

I chose to include this article, because while it isn’t writing based, there’s a lot parallels to be found. There’s much in life we daydream about and lose ourselves to our thoughts. Authors have the pendulum of big paydays and speaking engagements with hoards of adoring fans, all the way to utter obscurity where no one reads a single word.

We have crutch words, and that’s fine. Nobody but a pedant is going to give you shit when using them in conversation. Writing is a bit different. We have an obligation to the reader to give them variety and not break their immersion in our book. Here’s forty-five ways to kick a bad habit!

The Habits of Highly Productive Writers

Business Creep: How Much Should You Worry About Book Promotion?

Authors need to know the business side of their craft if they hope to make a full-time living. If you don’t know, consider the probability of living the dream to be 0% with no chance of wiggle room. It doesn’t matter how you are published, the knowledge and the toil is exactly the same. Remember what the difference between a debut and veteran author is, one relationship at a time. The longer the author works, the more relationships are formed, the bigger the readership.

Should You Self-Publish Your Book With Createspace?

Createspace is a dream to work with. I don’t know of any writer who’s used them that says differently. Ease of use, good quality, inexpensive price. There are other alternatives, and I believe a few of them offer better services depending on what the author is seeking. I wouldn’t recommend AuthorHouse or iUniverse, who are actually the same company now. Once upon a time, iUniverse was capable at assisting authors. Then they were bought by AuthorHouse, who are part of Author Solutions, so you should avoid like the plague. Sorry, that’s just the way things happen.

A fantastic article I recommend you save to your bookmarks for later use. Great advice to avoid simple mistakes. It’s true that some of the numbers are not mistakes, but rather viable literary techniques, the examples are what’s to be avoided.

While this list may seem common sense, nobody simply knows the essential basic steps out of thin air. It’s important for us to recognize that not everyone has been writing for years. We have new writers coming in for the first time that have started their exploration.

One of the hardest hitting changes too all startups. Facebook is making it more difficult to give information to those who follow their pages. Social media is broken up in many promising websites, but Facebook is the major player, until this change. I imagine Twitter and other websites will see a major boost among indie authors. And I hope

This is one of those safe “feel good” articles. I feel like I’ve seen hundred of them already, and I probably have.

Is there such a things as writer’s block?

Yes and no. There is true Writer’s Block™ that is incorrectly labeled by people who don’t want to work. Writer’s Block™ is a rare occurrence. If you think you have Writer’s Block™, you don’t. Go for a walk, watch a movie, spend some time with friends and family, and then get back to work. Books don’t write themselves. They’re written through effort and dedication, nothing more, nothing less.

NaNoWriMo was last month, and for those who participated, we wrote a lot of mistakes. We didn’t mean to, that’s just what happens when when we release the floodgates of our imagination. Correct grammar is for editing. Writing is to get from “Once upon a time” to “Happily ever after.”

There’s so many wonderful Fantasy authors that it’s hard to keep track of them all, and this list does a good job at doing just that. Robert E. Howard, Terry Pratchett, Robert Jordan, and J. K. Rowling. Lots of recognizable names, and lots who should be more recognizable.

It’s difficult to keep track all the publishing news flying around, and I’m reading every day. Here’s the place that will compile that information and help you keep up to date!

All of these links I compiled through my Google Plus and Twitter accounts. If you liked these, and want to stay up-to-date with what is happening, subscribe to whichever is convenient to you, Google Plus or Twitter.